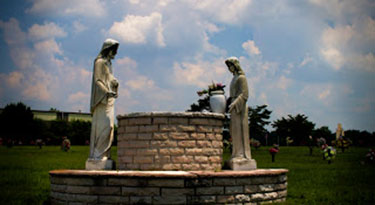 “To live-is Christ, and to die-is gain. I am in a strait betwixt two. I desire to depart, and yet for your sakes I would tarry a little longer.”

Life and death have lost their old significance to him, because there is on vision that fills the horizon whether he look this way or that. Here is is Christ, and there it is gain, and gain is Christ, and Christ is gain. There is no darkness but only light, for everywhere he sees the Master. That is Christianity.

Now, beloved, I want to take that estimate of Christian life and meditate upon it for a little while. Do not expect me to exhaust it, for in this text lie all the possibilities and potentialities of the Christian life.

“To me to live is Christ.” What did the apostle mean? There are seven things which he might have meant. By these words he intended to say that:

Christ the end, as Christ was the beginning. Christ the beginning, and therefore Christ the end. Whether this man looked back upon the past, at the present, or into the future, within or without, behind, above or beyond to the consummation-wherever he turned his eyes, he saw Jesus only.

The first thought is that when Paul wrote these words, “To me to live is Christ,” he meant to say, “Christ is the author of my life.”

This man did not count that he had any life except the life which was named “Christ”. He began to reckon his life only from the day when Christ was born within him through the power of the Holy Spirit. In the life of this man, there is one clean line, dividing it about at its center. Behind that line is the old life, the “old man,” to which he so often referred, while on the other side of the line is the new life, the “new man.” To Paul, the crossing of that line was something that went to the very depths of his being. It transformed him so that in looking back to the days when he became a new man in Christ, he said of the old days, “Old things are passed away.” They had all vanished out of his sight. He took no account of anything that was behind him, and he said, “All things are become new,” and in the new things he lived. The years that he spent on the earth, prior to the moment when Jesus found him, he did not reckon worth speaking of for a single moment.

Was Paul mistaken? Had not very much of value been crowded into the years before his conversion? Stop him for a moment and ask him:

“Paul what do you mean by this? You lived a very remarkable life before you met Jesus of Nazareth. You had been brought up at the feet of Gamaliel. You had all the advantages of learning and religion. You had never been a prolifigate. Your life had been straight and pure, clean through. You were a Pharisee of the Pharisees, a Hebrew of the Hebrews. In all outward seeming, and what is infinitely more, in all inward sincerity, you had been a remarkable man.

“Perfectly true; but the things I counted gain, I now count but dross.”

In comparision with what I found, when Christ found me. When I turned my back on the old, I did it forever, because my face was set towards the new.”

I do not think this man ever had five minutes’ questioning as to whether he ought to go back into that old life once a week for enjoyment, and live the new life all the remainder of the week as a duty. The old life passed away, and the new life opened before him bright with joy, thrilling with delights, expanding all the way.

The apostle’s new life began when there shone a light round about him on the way to Damascus. We learn so much by contrast. Look at him for a moment on the way to Damascus. Remember that he was straight, upright, moral, righteous, sincere to the core of his being; and on his way to Damascus he carried in his hand some very important documents-letters from the high priest. What for? Because in Damascus there was a little company of men and women who were daring to slight the religion of their fathers, singing hymns about this Jesus, whom the friends of Paul had crucified. If they should go on singing their hymns they would soon undermine the national religion, and Paul was going to put an end to it. So he was riding with the priest’s letters in his possession, when a light from heaven fell, and a voice from heaven spoke. Paul fell to the ground, and the man upon the earth said in answer to the voice from heaven;

The revelation that came to him must have been the most startling of his life: ” I am Jesus whom thou persecutest.”

Now hear the next word and never forget it:

What a change! Why, this man has joined the church at Damascus before he arrives there! That is all they are doing, calling Jesus, Lord, and Paul has done it. Do you see the radical nature of this change?Do you see that he has taken the crown of his life from off his own head and put it on the head of Jesus? 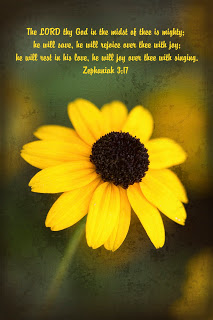 That is henceforth the keynote of his life. The music is true to it through all the future; through missionary journeyings, through perils by land and sea, in prison and among robbers, when suffering persecutions or preaching the gospel of the grace of God, he is always true to the keynote which he struck when he said, “Lord, what wilt thou have me to do?” There his life began. There the old life dropped away, and the new life opened before him; and looking back to that beginning from the jail in Rome he writes:

Life began there, and we may judge how real the change was by asking him a question, which I often think I shall want to ask him when by God’s grace I meet him in glory:

“Paul, you have not forgotten the ride to Damascus?”

“No, I still remember the hour of my apprehending by the Lord,”

“But, Paul, what did you do with the high priest’s letters?”

Did you ever think of that? I shall want to know some day. They went clean out of his life like everything else of the old life. Old things passed away.

Call For The Wailing Women

This morning during my bible reading in which I read through the bible in both the old and new testament book by book. I was in Jeremiah...